We’re excited to announce the InvenioRDM Alpha 14 (December release)! Thank you to our team members for their efforts on this release.

The focus of the December release was to add support for linking bibliographic records with authority records such as subjects, grants, licenses, languages and more.

The most visible way to see the vocabularies in action is via the deposit form fields.

The below components were added in the deposit form and they support vocabulary autocompletion:

You can see the autocomplete search help:

And an example of i18n support, when the instance is in Turkish:

We have added support for both standard and custom licenses. Note that we were not able to fully complete this work, and there are known bugs in the license widget. Most notably you'll see: 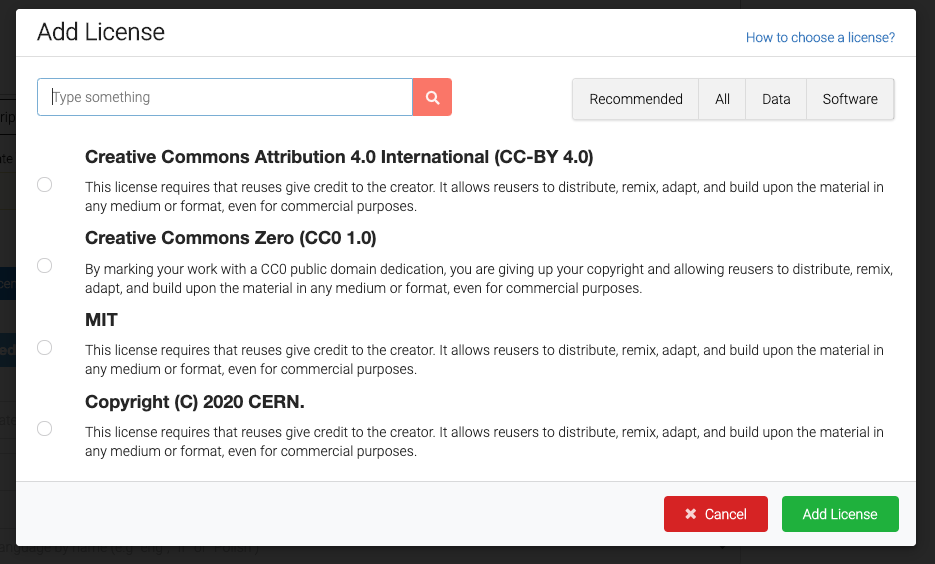 The subjects field autocompletes from a subjects vocabulary that can host multiple different vocabularies at the same time.

The current version is not yet connected with the API, thus it has some demonstration values instead. Only the values you see in the image below can be selected. Don't save a record with subjects yet either.

Thanks to the hard work of the December Invenio sprint, Invenio v3.4 was released (see more here). The release of Invenio v3.4 was an important step for InvenioRDM. We now depend on stable releases of Semantic UI.

Partial save and error reporting

This release includes support for partial validation on draft creation. It also displays partial saves in the uploads page, for example with "No title" if the title was not included in the draft.

For example, saving an empty draft will tell you precisely what is missing at the top, along with pointers per field (see title at the bottom of the image). 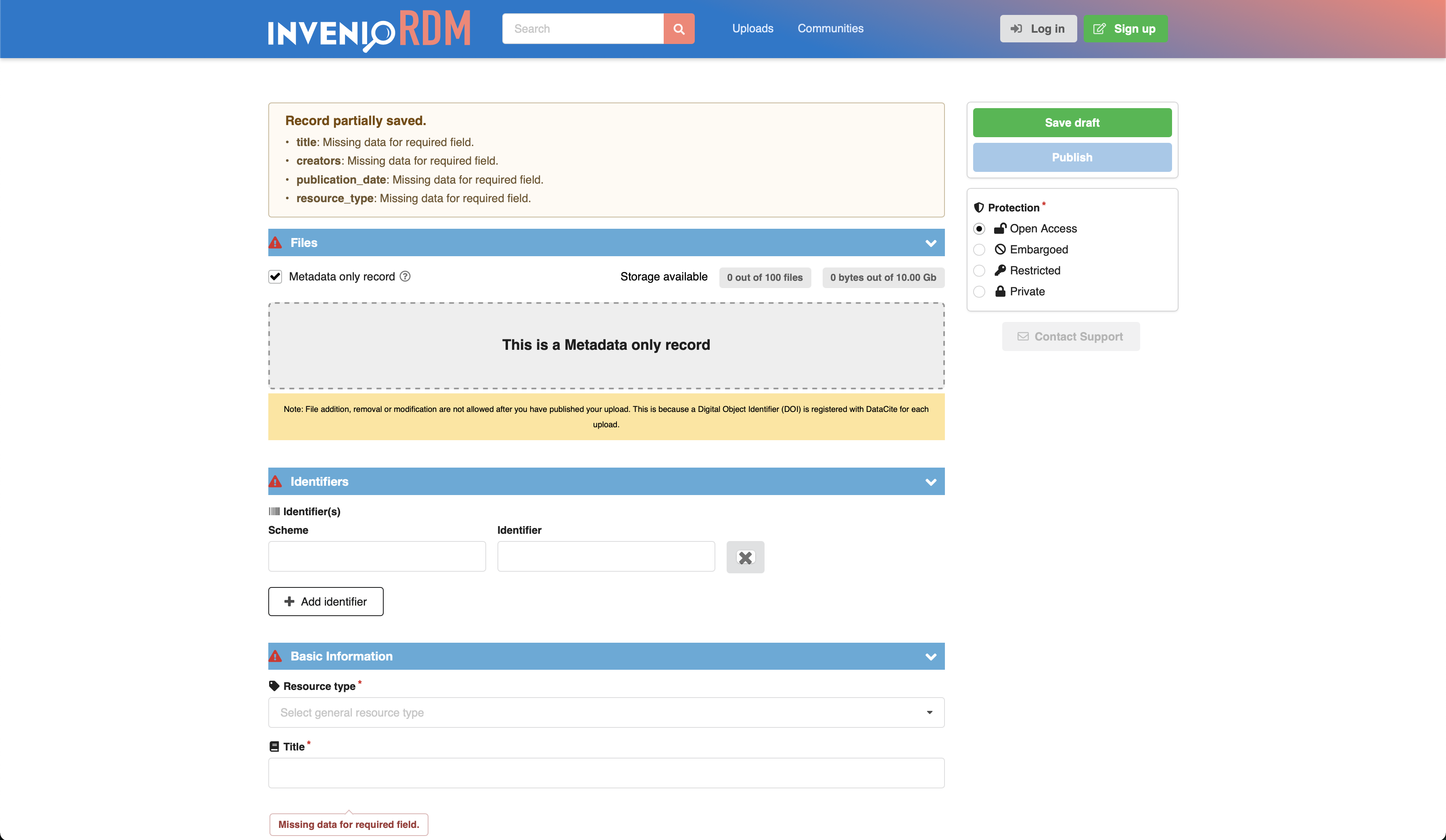 The former error space will update to good (green) once you save a draft that is publication-ready. The publish button will then be enabled.

As always, we welcome your feedback. When you provide feedback on Discourse your message should be pre-populated with the classic template (bugs, what worked well, what didn’t work well, wishes for documentation).

Here is the template to give feedback if it’s not automated: